Dani Nordin is an independent user experience designer and strategist who specializes in smart, human-friendly design for progressive brands. She discovered design purely by accident as a Theatre student at Rhode Island College in 1995, and has been doing some combination of design, public speaking and writing ever since.

Dani is a regular feature at Boston’s Drupal meetup, and is a regular speaker at Boston’s Design for Drupal Camp. In 2011, she was one of several contributors to The Definitive Guide to Drupal 7, published by Apress; she’s currently writing Drupal for Designers, a new series from O’Reilly. You can check out some of her work at tzk-design.com. She also blogs almost regularly at daninordin.com.

Dani lives in Watertown, MA with her husband Nick and their huge puffy black cat, Persephone. Both are infinite sources of comedic gold. 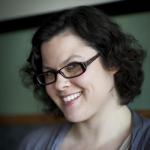