You have a client that sends a “pixel-perfect” design comp, but the design hasn’t taken Drupal or site building iteration into account. The topic of this session is how to steer those expectations bundled with the PSD into a design process that stays flexible through the entire Drupal development cycle.

The session will be broken into two parts.

1) Approaching the design comp as a concept

We’re going to look at a sample layout and identify some of its abstractions.

2) Strategies for a flexible theming process

An iterative design process does not have to abandon the design comp. I’m going to cover some Drupal tools and suggest a process to build a layout around your content, instead of fitting content as an after-thought.

CSS and basic theming experience is recommended, but anyone who works with a design comp (project managers, sales, developers) will have plenty of background to engage in this session. 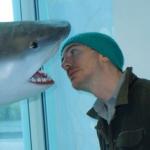 I’ve lived this! In the end they care most about how it looks and feels. I will be there…

I need this session! Too bad I’m in training - I’ll be looking for this one online.