My major contribution is focused on improving the business and operations side of Drupal. I attend 5 to 7 Drupal camps a year as a sponsor and a presenter. I organize and moderate a panel of Drupal business owners that focus on the best practices for running a Drupal organization. The panel has been given at the following camps: San Diego, San Francisco, Austin, Minneapolis and Atlanta. In addition to my organizations contributions in the U.S., we also are strong supporters and sponsor of the South American Drupal community. 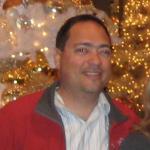